The unbiblical stateship of this world.

"In the beginning God created the heavens and the earth." ~Genesis 1:1

In the beginning God did create this world. Everything in it he called "Good."  He created the light, the darkness, the fish, birds, animals, the sea—the whole Earth!  Everything was perfect and full of life. Truly, it was "very good."

Then God created Man and Woman. Man out of the dust of the ground. Woman out of a rib from Man. God had created the perfect existence for man. There was no sin or curse in the world. They could eat of any tree of the garden except for the fruit of Good and Evil. However, they "would surely die" if they disobeyed God.

Out of their many blessings, and all of the fruit in the midst of the Garden, they chose to eat from the forbidden tree. They chose death over life.

Since the fall of Man, this world became a terrible and sinful place. The first murder started when Cain slaughtered is own brother Abel.  Ever since then there have been murders over the world. Due to pride and sinful hatred.

Before, you could walk all over the countryside without the  least of fear. Now there are people being kidnapped, raped, and even murdered by wicked people who care about nothing except harming the lives of others.

Society ordered after God's will is free of these things. This is why God the Father sent the Son to reconcile the world. He is seeking to restore it back into obedience to him.

In days gone by, when society was more godly, sin was not so prevalent. No, I am not saying that in the so called "olden days" there were no such worries.  I'm just saying that it wasn't as bad.  It wasn't as ungodly.

The world grows more evil and cruel as the years roll by.  Men have become  wicked, un-gentlemanlike, and have lost all respect for  ladies.  They also have become terrible sissy's themselves.  Women want all control over their homes. They have went out into the man's world to become the provider for their families. They have ceased to be delicate, etiquette, having manners, and being the Mother or wives of their homes.

Instead, they are sending off their children to Public Schools that don't teach the  truth. The lives of godly men and women are left out of history, and prayer and the Bible is not allowed.

I was blessed, to be Home-schooled, not having to worry about all of the chaos ,Or having to put up with their junk.  But I do see it. I do know what is going on.  Even outside of School you can see it every where you go in the lives of the people.

One of my best friends goes to a Public School. The other day we were talking about Science which led into the false inaccuracies she is learning.  She cannot believe how messed up her School has become.  I can only imagine how difficult it is for all of the Children who are having their heads filled with such nonsense.

Is this nuts or what? I got this from my Bible Class, which is called Politically Incorrect Guide to the Bible.  How people can believe such nonsense is beyond me.

"The great Babylonian Creation epic known as Enuma begins with the mingling of the god of the fresh water, Aspu, with the great ocean and Mother of all things, Tiamat. The other gods are born of them. But because the young gods were noisy and wild, Aspu decided to destroy them. The you gods, however, learn of their fathers plan and kill Aspu. They then turn on their Mother Tiamat. Tiamat, in self defense, unleashes and army of monsters against the young gods.  Finally, a god named Marduk challenges his Mother to single Combat for dominion over all the gods. Tiamat opens her vast mouth to swallow Marduk, but he hurls the winds against her, and lets her loose a great arrow. Which tears her entrails from her body and pierces her heart. Pitiless, he executes his Mother and throws her lifeless corpse on the ground.  He splits her skull and corps in tow, one half becoming the firmament of the sky, and the other the earth. Eventually, Marduk creates man kind in order to provide the gods some relief from their Labors. "

"Many naysayer's often point to the lowly bat as proof that the Bible is riddled with Scientific errors, And therefore cannot be divinely inspired.  Bats are flying mammals, not birds, they say, so why does Leviticus 11:19 describe them as being numbered among the "birds"?  Other examples alleged Scientific errors found in the Bible include:

Leviticus 11:6 -- Where the rabbit is described as "chewing the cud."

Leviticus 11:21-24 -- Where grasshoppers and beetles "that walk on all fours." are mentioned (insects have six legs, not four. )

Leviticus 11:4-- Where the Camel is described as "not having split hoofs(camels do have split hooves.)

Genesis 3:14-- Where the snake is described as being condemned to crawl on its belly(as though at one point it did not.)

2 Kings 6:5-6-- Where Elisha the Prophet is described as making an iron ax head float to the surface of the water(iron doesn't float.)

But these "errors" are really just attempts to impost a scientific precision on texts that were never intended to be read in such a way. The Bible uses the casual, imprecise language of everyday life, not that of empical Science. Just as today we wouldn't say someone was "Lying" Or in "error" if he said that the sun rose at six o'clock in the morning-- when, scientifically speaking, the sun actually doesn't move at all relative to the earth-- the same is true of biblical descriptions of plants, animals, and the natural world.  The Bible is conveying broader moral philosophical ideas rather than the minutae of zoology.
For example, the Hebrew word used for bird could just as easily be translated "flying thing". In other passages, the same word is used for birds, bats, and certain insects.

The phrase "walk on all fours" is just a colloquial expression, not a scientific one-- and people in biblical times could count legs just as easily as people today."

There are also scientific errors by skeptics concerning the Miracles of Christ. They claim the Bible is wrong because it is not humanly possible, such as Jesus walking on water (Matthew 12:24) and the burning bush that was not consumed (Exodus 3:2-5). So truly, that is no argument at all. They are only trying to make up such errors to find some way to deny they are accountable to God. Of course if you didn't believe in the Bible, or God, you wouldn't think that such things are possible.

Yes, it is not humanly possible, but Jesus was just no ordinary Man. He is and was the Son of the one and only true God.  And we all know that "With God, ALL things are possible.

"With Men it is impossible, but not with God: for with God all things are possible." - Mark 10:27

So you see, with Men it shows that such things are not possible.  But you must also notice that it says "BUT not with God.". God is the true Lord of this earth. The One who created the earth in the beginning, called all of his works "very good", and is still working in the earth and people around us.

Though this world becomes more cruel with all of the false teachings, and all the people who believe such things, and are blind to the truth, we Christians, know the truth, "the whole truth, and nothing but the truth."

But what can we do to help this world instead of sitting back and watching it all pass by our eyes? We can begin by praying because "Prayer Conquers much."  We can also be the examples that we should be, training up our own children (whether here in the present or with some of us in the near future.) in the right, and teaching them the Word of God.  We should raise them up to be godly Christians. (And hope they will raise their Children in the same way. )

God is truth, there is no one like him, and he is the one in control of our lives. With Gods help, we can  conquer this world!

"For we know that all things work together for good, to them that  love God; To them who are called according to his purpose. " Romans 8:28
Posted by Grace at 2:00 PM

Gracie,
Thank you for posting this! I know exactly what you mean and I'm so glad that I am blessed and home-schooled! As for what you said concerning wife's stature versus husband's, I've seen this and sincerely hope that such a thing never touches my home!
I'm glad your public-schooled friend has you to talk about. My mommy told me she learned in public school that the earth was billions of years old, and that now, when fellow Christians say that the earth is not, it's hard for her mind to remember that that is true, because of what she was taught in public school...
Blessings,
Amy

I have missed reading your AMAZING posts. Hope you post again soon!

Grace
19 yrs. Indiana Photographer(but willing to travel!) Married to the love of my life.

“True holiness consists in doing God's will with a smile”

"Delight thyself in the Lord, and he will give you the desires of thine heart."

"Greater love hath no man than this, that a man lay down his life for his friends." John 15:13

“We should consider every day lost on which we have not danced at least once. And we should call every truth false which was not accompanied by at least one laugh.” 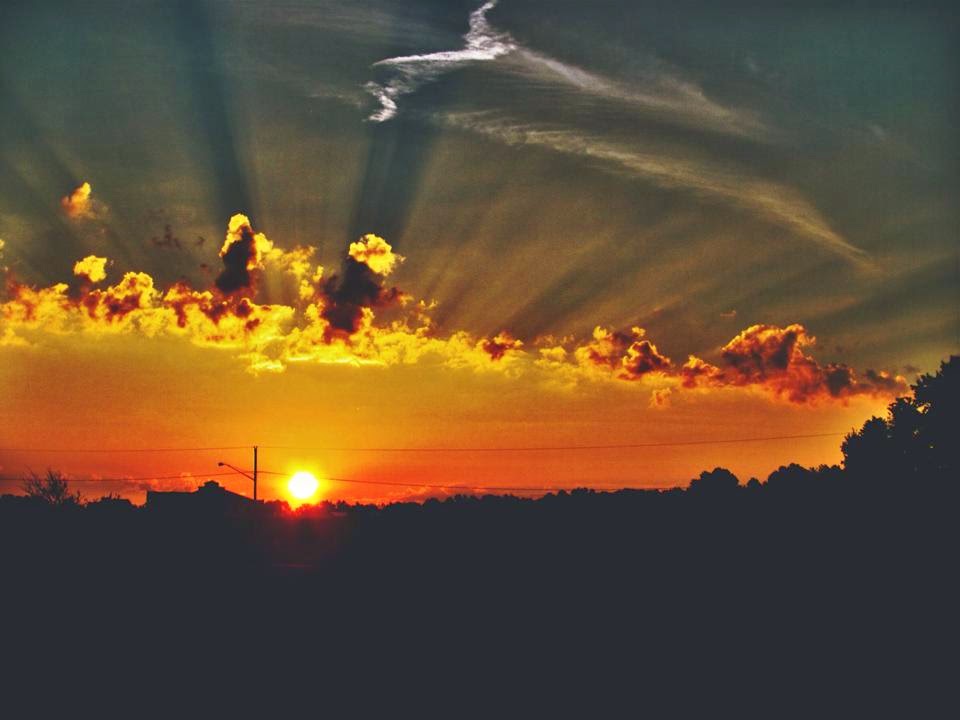 Friendship is one of the sweetest joys of life. Many might have failed beneath the bitterness of their trial had they not found a friend. ~ Charles Spurgeon

Let no man despise thy youth; but be thou an example of the believers, in word, in conversation, in charity, in spirit, in faith, in purity. ~ Timothy 4:12

Within the covers of the Bible are all the answers for all the problems men face. ~ Ronald Reagan